It’s a few weeks until high school graduation. I’m lumbering through fluorescent hallways filled with all the regulars we know and love. The suck-ups and brown-nosers walk alongside the history teacher, attached at the hip. Shy brainiacs sit against the wall, reading five chapters ahead. And, of course, football players named Joe/Brad/Chad try their best to charm their way into a cheerleader’s heart.

Then there is me, the obese kid with long, curly hair covering my neck and occasionally bunching up on the collar of my North Face jacket that’s two times too big.

Usually, I kept to myself. Most of my classmates stressed the graduation ceremony but looked forward to college, but not me. I was bombarded with one thought daily.

How am I going to leave this place without ever having a first date, first kiss, or even a steady girlfriend?

If I liked a girl, I definitely didn’t try to speak to her. Are you crazy? The only girls that were even half interested in what I had to say were the teachers.

As I said, I was obese. 260 pounds of self-loathing. Is there any wonder girls didn’t look at me the way I wanted? Fortunately, after barely graduating high school, I could evaluate myself and my life trajectory, which brought me to my first self-realization…

Growing up, I was everything a low-effort therapist loves to bill for: overweight teen with low self-esteem, confused, and feeling alone (even with good friends around).

Best of all, I could not communicate my feelings to myself and others.

So naturally, this led to unfair treatment of those I felt powerful over, usually other kids in school with the same issues. Imagine Ben Affleck from Dazed and Confused, but not as bad (hopefully).

I didn’t want to be unfair to my peers, and they didn’t deserve my bullying. So, I internalized all my feelings and gave myself the emotional (and physical) beating of a lifetime.

From 13 to 18, I chased the high only Burger King, McDonald’s, and Totino’s Pizza rolls could provide. I ate to hide sadness and depression to the fullest extent, and I rode the dragon daily, putting on 70-90 pounds.

I finally hit my final form, as shown above.

There was no quick fix.

I never got that first date, and I didn’t even try. There was no first kiss or exciting stories of the once-in-a-lifetime whirlwind of teenage love. I didn’t hold hands with anyone at the movies or spend my Saturdays roaming the neighborhood doing nothing but talking about hopes and dreams.

I figured I might as well be alone, so I moved away from anyone that called me “friend” and dropped out of college before even attending one class. Soon after, I became a dishwasher at a restaurant in my neighborhood. At 18 years old, I was finally an adult, but more alone than ever.

If you know me nowadays, you’re probably wondering why I’ve decided to write this piece of bad fiction, full of mopey drama.

Well, it’s all true, and if you’re hoping for the miraculous turnaround plot point, the part when the hero finds that one puzzle piece in life that solves every problem. Or when the mystical mentor shuffles out of the mist ready to deliver some ancient wisdom a la “wax on, wax off,” I’m sorry to disappoint you.

Eighteen months passed. I slugged along daily, washing dishes and mopping up the remnants of half-eaten seafood and pasta entrees. After my shift, I’d quietly slip into my parent’s home, avoiding as much conversation as possible, and sit in front of the pale glow of the World of Warcraft login screen (another vice to avoid my reality). I would play late into the night and leave the T.V. on in the background to cut through the lonely silence that only 3 A.M. can bring. It wasn’t long before I noticed an annoying infomercial that played 80% of the time:

Tony burned his way into my skull peripherally for months and months. And I was so sick of being obese and feeling trapped by my weight and self-confidence that I took some of my dishwashing money and bought P90X. What did I have to lose? After all, Tony said anyone could do it. Every day, I saw promos of overweight dudes getting ripped in 90 days; why not me?

I didn’t get through the first workout.

But then, a few days later, I was hit with that small window of motivation that we all let get past us too quickly. So I took advantage of it and put that DVD back in. Then, finally, I was ready to conquer!

I did a whole eight minutes this time before stopping. Damn you, Tony!

But it was progress—little progress, but progress nonetheless.

Next time it was 10 minutes, then 15, and on and on until eventually, months later, I could finish my version of a P90X workout (no way was I doing pull-ups at 240 pounds).

Eventually, I confronted the problems of my reality slowly, consistently, and on my terms.

Through it all, I learned that even if I wasn’t “ripped in 90 days,” I was making strides, and my process was improving.

Ten years later, I opened Motive Training because it is my passion to help those who need to get to that next level, whether getting off the couch or honing a current routine to make a breakthrough.

I got that first kiss at 21; she would later be my girlfriend. It wasn’t because I was ripped (I wasn’t) or had stopped struggling with self-doubt (we never do). Instead, it was the fact that I was moving forward and tackling my issues head-on that drew others to me.

Progress is attractive. And that’s not the end of the story; we’ve only just begun. You just finished a killer full-body workout, and you’re exhausted. What do you do next?  Most people would say, “Cool down.” The goal is pretty Stand up. Swing one of your legs behind your body. Boom! That’s hip extension (i.e., the movement of your femur/thigh away from your front pelvis). 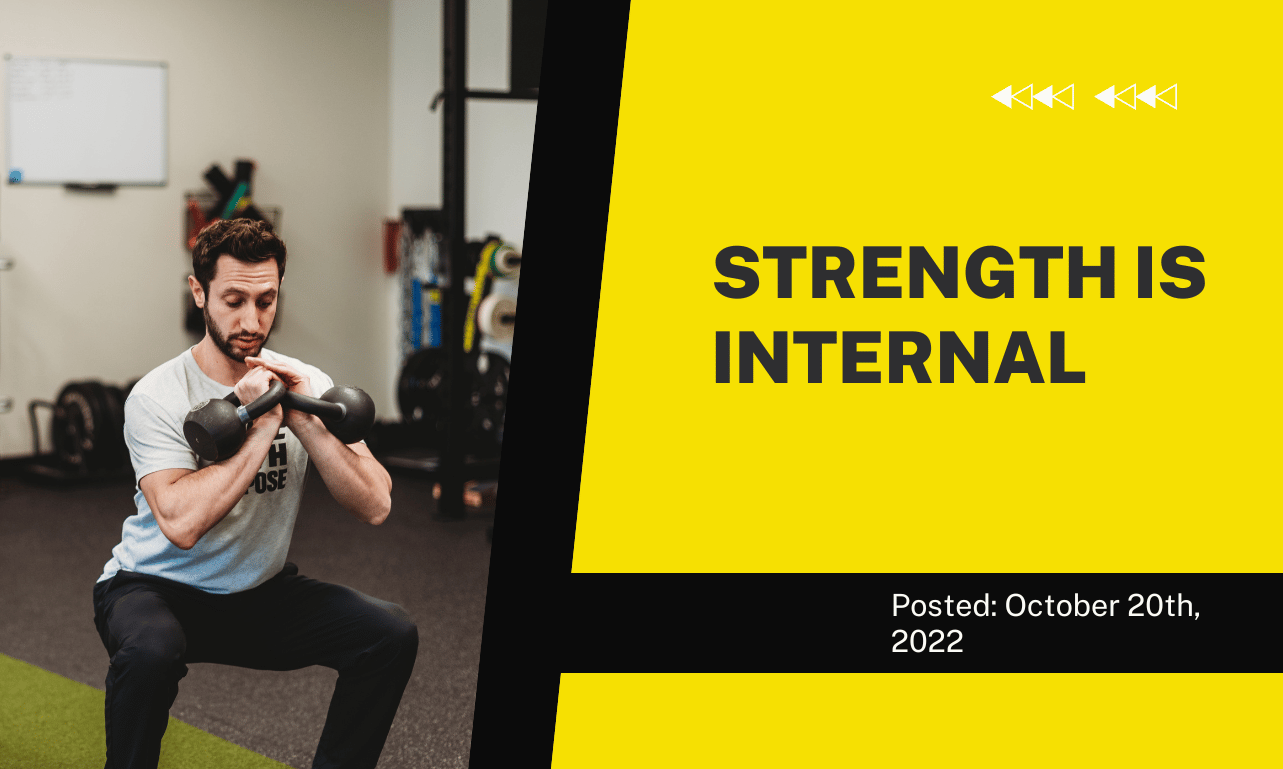 In 2020, the Journal of Strength and Conditioning Research released an interesting study about barbell squat strength and injury risk. (1) They compared collegiate athletes’