What makes a squat a squat?

Believe it or not, the Greek philosopher Plato didn’t have a clue what functional fitness was. But if you asked him about modern-day functional fitness exercises like squats, he would say that squats are squats because we made them so. In other words, squats exist because we made them exist; they’re not an innate thing that all humans fundamentally do like smiling, laughing, etc.

Sure, you squatted as a kid while you played in the dirt. Or, you squat when you go to the bathroom out in the woods. But are those legitimate reasons to include squatting in your programming, or are we asking the wrong questions?

We love to make things simple, even when they’re not. That’s why we turned something complex, like human movement, into functional training. And quite honestly, most people will live their best life by making things easier, myself included.

However, functional movements like squats do not address all of the needs of a human being. Thus, functional fitness leaves too many gaps for people who want to improve how they move their bodies.

It’s a good start, but the finish line is far, far away.

According to Mayo Clinic, functional fitness trains your muscles to safely and efficiently do everyday activities. For instance, because you physically squat down to use the bathroom or sit at a desk, you should train that movement. Boom! The law of specificity in action.

It makes sense. You can’t argue with specificity and that functional movements can improve your everyday life. And we know most people exercise for a better quality of life and improved fitness level. However, simplifying human evolution to this degree is doing our bodies a disservice. No matter how hard the fitness community tries, humans cannot be boiled down into patterns. Instead, you should look at humans as input receivers.

No, you’re not an antenna. Bear with me.

The World Delivers Infinite Variability. Are You Ready For It?

Your ability to move is governed by your genetics, structure (bone morphology), tissues (connective, muscle), environment, and nervous system.

Squatting in the gym may prepare you for squat-like motions outside the gym, and there’s a boatload of research to support that. Google “squat research” and dig in. However, a squat is only relatively transferrable to other squat-like motions.

If we took the time to examine the capacities of your feet, ankles, knees, hips, spine (core), etc., we would find that squats don’t address all of those needs. So, we’d likely add other functional exercises, like deadlifts, lunges, etc.

The problem is this still doesn’t address all of the functions of these joints, either in isolation or in conjunction with one another. For instance, few exercises train the knees to travel over the toes (on purpose), yet we do this all the time.

We don’t prepare the feet and ankle to roll even though they can (and should) without immediately spraining (caveat here for traumatic injuries).

Using a more extreme example, there are no exercises to train your shin to rotate outwardly and your femur to rotate inwardly simultaneously. You might recognize this as cutting in sports/running, also called knee valgus.

What you see on the right (with the big red line) is commonly performed when you decide to change directions while running.

So, the question is, are your knees going over toes, or are knees caving in wrong (what you see above)?

Perhaps we’re approaching fitness incorrectly to prepare you for the potential demands you put on your body.

“You will always regret not training the position that you got injured in.” – Dr. Spina

Function means purpose. What is the function of your movement system?

To move! How do we do it? That’s still up for debate, but I think the Functional Range Conditioning (FRC) organization does the absolute best job explaining to people how they should move and why.

Let’s use your ankle as an example. It rotates, moves up and down, rolls, and so forth. Can you train all of those movements at once? Yes, you can, but not with standard exercises in the gym. Standard ankle-loading exercises (e.g., squats) generally work the ankle joint in a semi-fixed plane.

Instead, we use CARs (controlled articular rotations). CARs are joint circles that allow you to explore a given joint’s workspace slowly, methodically, and intentionally.

When you perform ankle CARs, you can move and load the entire ankle joint through its most extensive range of motion possible. This will better prepare your ankle for all the demands placed on it in all of the ranges of motion possible. Ultimately, this is how you should view all of your body’s joints.

We wrote a more in-depth article on CARs here, and you can watch us run you through an ankle CAR below.

Regardless of who you are, what you do for a living, or what your fitness goals are, you should be able to move your body in various ways, pain-free. That means you need to train and move your body in all the ways it can move.

Movement is an ever-changing task based on whatever demands you’re putting on it. So, it behooves you to be good at handling all the variables life will throw at you.

You can take the pattern/functional fitness approach and hope it covers all your bases. But you need to ask yourself, “Is this exercise giving me all the things I need to be strong, resilient, mobile, and healthy in my daily life?” If not, you can take the FRC approach and ensure it does.

The choice is yours.

Editor’s Note: Let me clarify that I’m not against squatting, deadlifting, and so on. We use these exercise variations in Motive Training all the time. But we know when, why, and how to implement them when our clients need them. We simply refuse to plug in functional fitness training exercises willy-nilly. 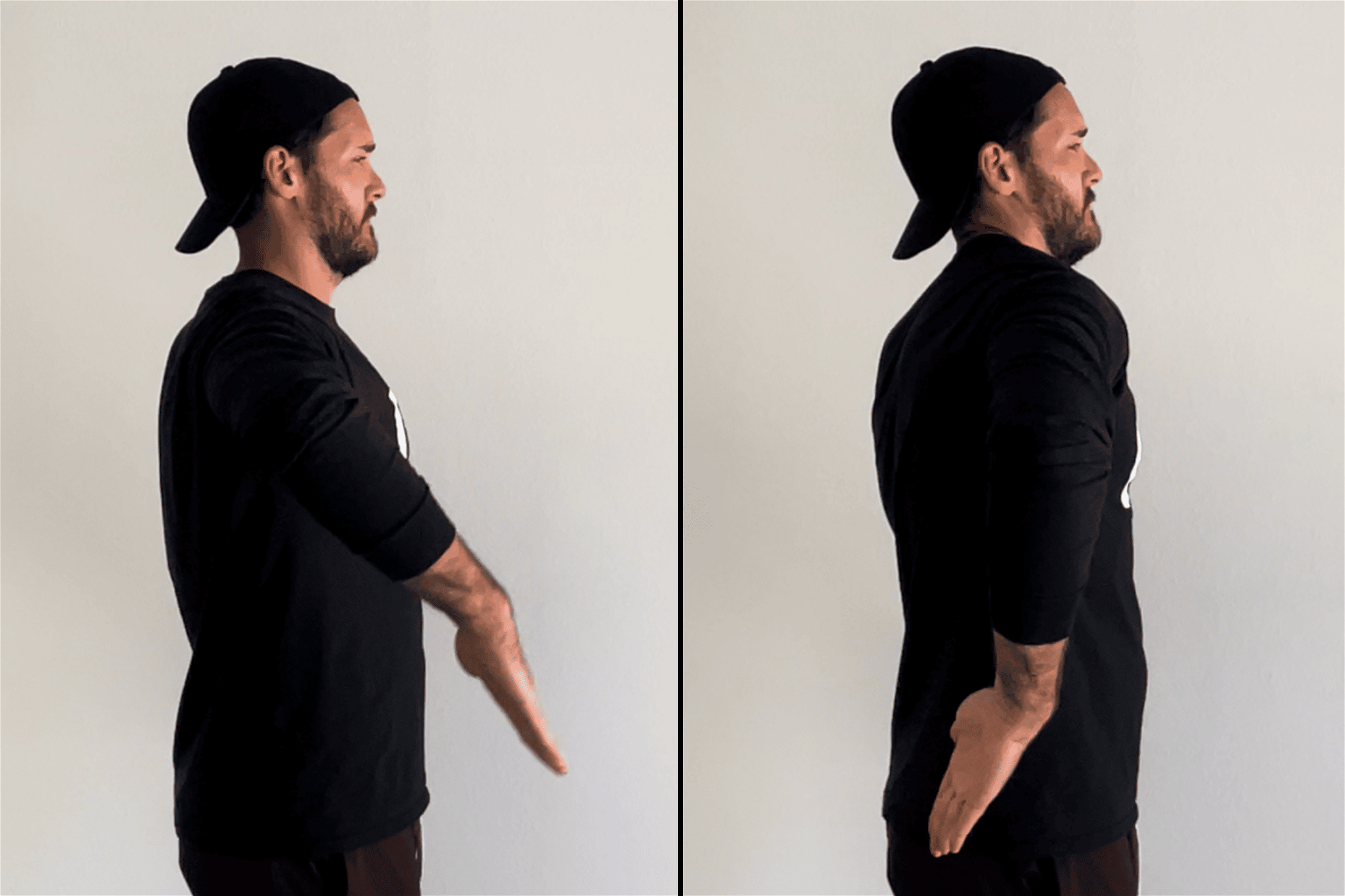 My Upper Traps: A Closer Look

Editor’s Note: Let me preface this article by saying that not everyone with humongous traps or a really tight neck has poor shoulder mobility. I realize 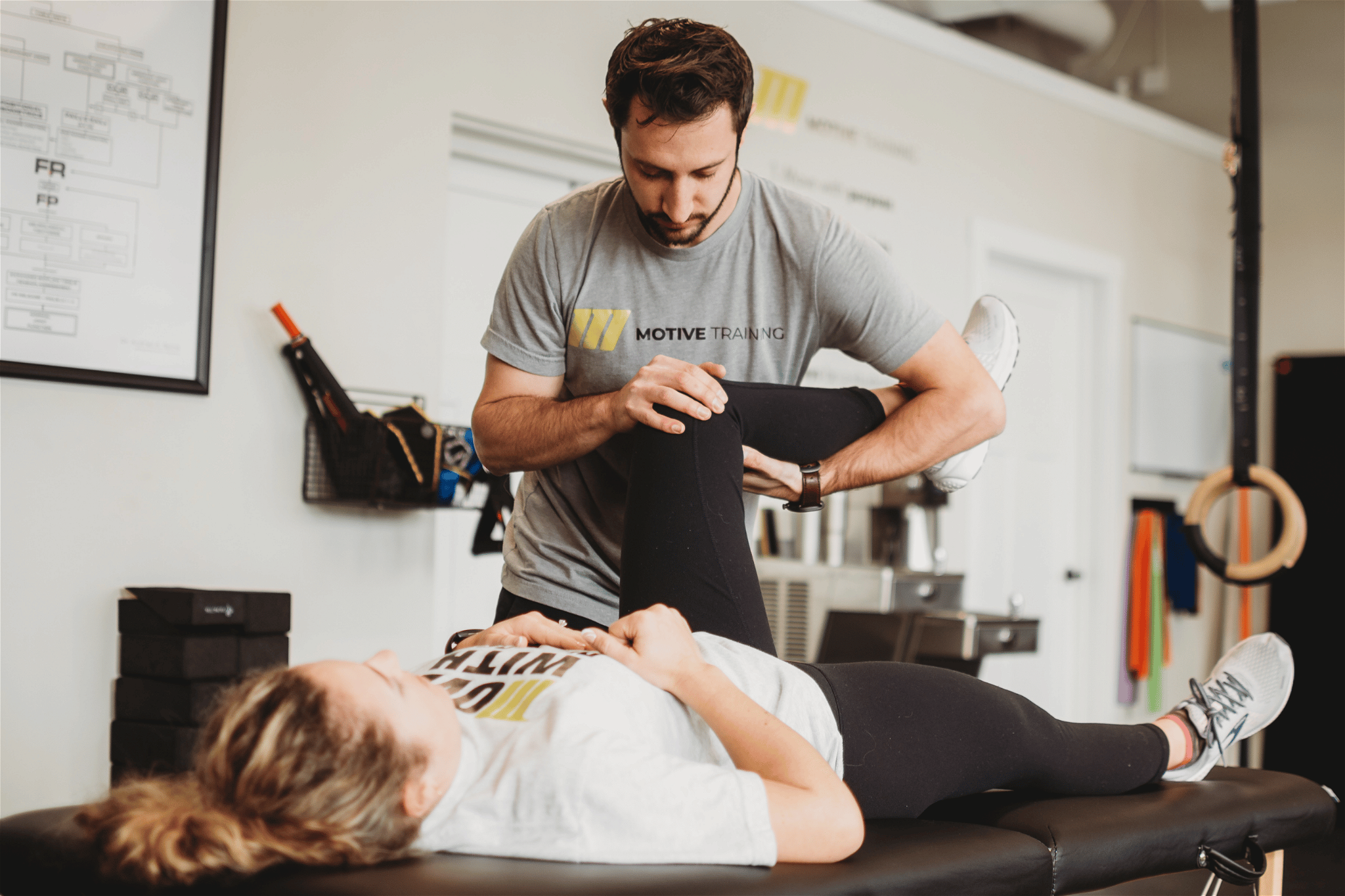 Pain is no joke, and as you’ll see, it changed Tom’s life for good. Thankfully, we were able to help. Meet Tom, a former collegiate